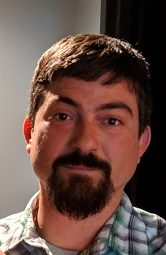 For more than 17 years, Mr. Davis has contributed to increasing the survivability of U.S. aircraft and aircrews. While serving as a vulnerability analyst and live fire test engineer, he made a direct impact on the survivability of 15 air platform Programs of Record, including both fixed-wing and rotary-wing aircraft. His work directly supported analyses of alternatives, requirements development, requirements verification, and live fire test and evaluation (LFT&E) test design, review, and analysis of test results.

Most recently, Mr. Davis worked as a Science and Technology (S&T) manager for the Air Force Research Laboratory (AFRL). During his time at AFRL, he was the Operational Analysis (OA) and M&S lead for his division and was charged with the responsibility of providing the means to evaluate, through M&S, developmental technologies in an operationally relevant scenario to inform long-term investment/strategic decisions. A large portion of this work involved the development of M&S tools that accurately represent the operational scenario, including the threats, assets, and environment (e.g., clutter, atmosphere). Mr. Davis led laboratory work to observe and define hardware responses to stimulus, as well as the associated M&S work to capture the physics and associated effects within a digital representation. He also served as the technical lead for numerous projects focused on developing state-of-the-art technological solutions to reduce the susceptibility and vulnerability of U.S. aircraft. 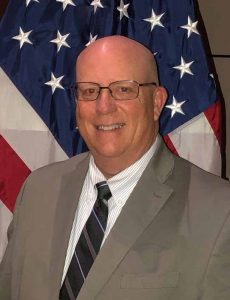 Mr. Graves has been an Army civilian for 35 years. He has worked at the U.S. Army Aviation and Missile Research, Development, and Engineering Center (AMRDEC) for his entire career, starting in Directed Energy Weapons before moving to Army Aviation. He was the Aviation Survivability Equipment (ASE) lead engineer for Program Executive Office (PEO) Aviation; the Systems Engineering Branch Chief for PM Non-Standard Rotary Wing Aircraft; the Chief of Plans, Programs and Support for the AMRDEC Aviation Development Directorate; the Chief Systems Engineer for PM ASE; and, currently, the PEO Aviation Advanced Technologies Program Manager.

Mr. Graves holds a B.S. in electrical engineering from the University of Tennessee. 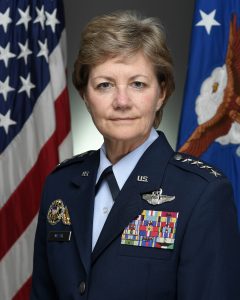 In September 2018, Gen. Maryanne Miller assumed control of the U.S. Air Force’s Air Mobility Command (AMC), taking over the reins from retiring AMC Commander, Gen. Carlton Everhart. In doing so, Gen. Miller told reporters at the Air Force Association’s annual Air, Space and Cyber Conference in National Harbor, MD, last fall that the command is focusing on four key areas to improve the survivability of mobility aircraft. These areas include:

AMC’s survivability improvement efforts, which are a continuation of the work performed under Gen. Everhart, include a recently completed “High Value Airborne Asset.” The study assessed ways to improve aircraft survivability in hostile environments, ultimately making recommendations for improvements in the areas of communications, situational awareness, and self-protection systems.

Gen. Miller noted that, to meet the Services’ increasing need for integrated situational awareness on the battlefield, the development of both new sensors and new air frames will likely be needed. The command is particularly interested in air frames that will have common cockpits; advanced propulsion systems; and payload, offload, range, speed, and fuel efficiency.

In addition, AMC continues to study advanced self-protection technologies in areas such as light armor, signature management/detection avoidance, and high-energy lasers. In fact, the possibility of installing lasers on mobility aircraft, such as the KC-135, has long been a consideration of AMC leadership. The command also continues to work to improve secure communications on the C-17 and other platforms. 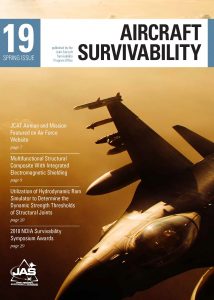