By: Dale Atkinson and Eric Edwards

Although the DLWS was acting as a ground-based test surrogate for the SHIELD system, the goal of the program is to develop a directed-energy laser system that can be mounted as an aircraft pod (under an aircraft’s wings or fuselage) to provide a self-defense capability against surface-to-air and air-to-air missiles. The Air Force is currently ruggedizing and reducing the size and weight of the SHIELD system and plans to have it fielded on super-sonic and possibly other aircraft by 2021. 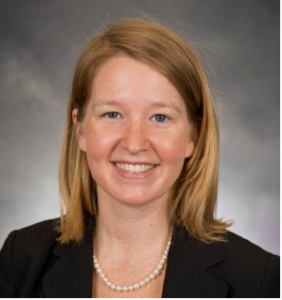 During her tenure at IDA, she provided planning, analysis, and independent technical oversight of operational and Title 10, Live Fire Test and Evaluation activities for major acquisition programs in support of the Office of the Secretary of Defense (OSD), Director of Operational Test and Evaluation (DOT&E). In particular, she served as the lead analyst for the KC-46 and various C-130 Live Fire efforts. She also completed the Aircraft Survivability Short Course at the Naval Postgraduate School and has training in design of experiments and the COVART/FASTGEN survivability analysis codes.

Carrell holds B.A. and B.E. degrees from Dartmouth College as well as an M.S. in mechanical engineering from the Georgia Institute of Technology.

Mr. Tommy Sanders, a great friend of the aircraft survivability community, is retiring after 47 years of Government service. Tommy is one of the Navy’s foremost subject-matter experts on decoy flares and has been intimately involved with the design, development, fabrication, and testing of infrared countermeasures (IRCMs) and their dispensing systems. Many know Tommy through his leadership on the tri-Service Joint Expendable Countermeasures Integrated Product Team or through his tireless support of IRCM testing at home and abroad. Except for a 1-year detail to Washington, DC, supporting PMA 272, Tommy spent his Navy career in Crane, IN, where he began as an In-Service engineer for Navy pyrotechnics, working on marking and signaling flares. More than 4 decades—and countless programs and test events—later, Tommy has decided to take a well-earned break from his longstanding service. We wish him fair winds and following seas. 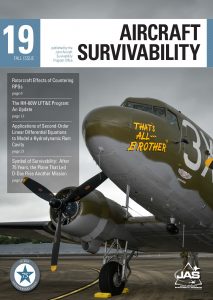