BASICS OF THE HH-60W LFT&E PROGRAM 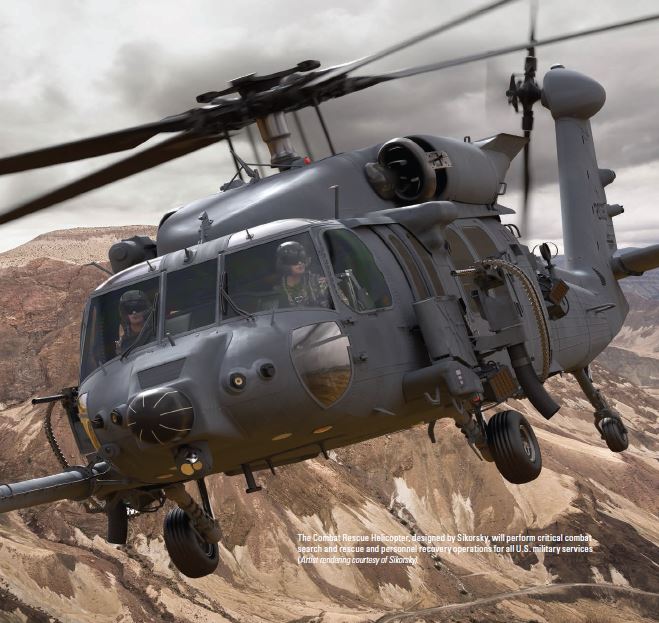 The HH-60W Combat Rescue Helicopter (CRH) is an Acquisition Category (ACAT) 1C program based at Wright-Patterson Air Force Base (WPAFB). The U.S. Air Force program of record calls for 112 helicopters to replace the Air Force’s rapidly aging HH-60G Pave Hawk helicopters, which perform critical combat search and rescue (CSAR) and personnel recovery operations for all U.S. Services. The HH-60W is on the Office of the Secretary of Defense’s (OSD) Oversight List for Live Fire Test and Evaluation (LFT&E). Due to the considerable amount of test and combat data available on Black Hawk variants, however, the program developed a Director, Operational Test and Evaluation (DOT&E)-approved Alternative Test Plan (ATP) to meet Live Fire Test (LFT) statutory requirements and obtain a full-up, system-level (FUSL) LFT waiver. This article presents an overview of the HH-60W aircraft and the LFT&E program and team.

Sikorsky’s HH-60W CRH is built on the reliable and battle-proven UH-60M Black Hawk and customized to the rescue mission, making it the most affordable option for the Air Force. The aircraft will have significantly improved combat radius, an expanded weapons suite, and a modern, state-of-the-art integrated mission systems and self-protection suite.

The $1.4 billion engineering and manufacturing development (EMD) contract includes development and integration of the aircraft and rescue mission systems, delivery of nine HH-60W helicopters, and a training system. The training system includes:

Notable past and future milestones for the CRH program include the following:

The overall goal of the CRH LFT&E program is to conduct a comprehensive evaluation of the system’s survivability (aircraft, aircrew, and passengers) to expected ballistic and advanced threats while completing its mission. The CRH team is capitalizing on applicable previous LFT&E activities to the greatest extent possible, incorporating the results of previous testing, verification activities, and analyses (vulnerability combat data, qualification tests, system safety, crashworthiness, existing models, and other tests) in its determination of the additional testing and analyses required to support the LFT&E program.

The LFT&E strategy presents an approach to determine the system-level survivability (susceptibility and vulnerability) of the aircraft, as well as assess the occupant force protection. The initial strategy was approved shortly after contract award and was updated following Air Vehicle PDR. The strategy continues to be reviewed at LFT&E Working Group meetings at least quarterly to address any necessary changes/additions as the program moves past Critical Design Review and into qualification testing.

The LFT&E Working Group was established prior to the Air Vehicle PDR and meets quarterly to review the status of the air vehicle and training systems design and qualification efforts, to review draft vulnerability and susceptibility assessment efforts, and to plan upcoming activities.

The CRH LFT&E team is led by the LFT&E Manager at WPAFB’s Helicopter Program Office and the Survivability lead at Sikorsky. Members of the team include the:

The approach for the CRH LFT&E program is divided into several categories of analysis/assessment, which are detailed as follows.

Modeling and Simulation (M&S) – The CRH LFT&E program is using M&S to investigate questions related to the vulnerability and susceptibility of the aircraft. Programs used include COVART, AJEM/MUVES, MOSAIC, RADGUNS, ESAMS, and RPG Engagement Model.

Ballistic Vulnerability Analysis (BVA) – The CRH statement of work (SOW) and the associated contract data requirements list (CDRL) state that Sikorsky will execute ballistic vulnerability analyses to verify the CRH System Specification. Sikorsky began this effort by conducting a detailed Survivability Analysis Plan, followed by iterative submissions of a Vulnerability Analysis Report. Because this analysis focuses on specification threats only, it is necessary to supplement it with an LFT&E-led ballistic vulnerability analysis that includes threats of interest outside those noted in the specification document. The Final BVA will consider three levels of kill: attrition, forced landing, and mission abort; as well as three flight modes: high and fast, high and slow, and low and slow.

Integrated Survivability Assessment (ISA) – The major activities supporting the ISA are susceptibility studies evaluating the likelihood of threat engagements in realistic combat environments. In assessing CRH’s susceptibility to the chosen threats, the intent is to use mission profiles, aircraft configurations, and flight paths representative of the CRH in a combat scenario. The goal of these studies is to evaluate the anticipated engagement timelines (i.e., detection of the threat by the CRH, as well as detection and engagement of the CRH by the threat) and threat footprints and to determine the probability of kill given an engagement (Pk|e ) for the aircraft with respect to the selected threats.

Occupant Casualty Analysis – The occupant casualty analysis goes beyond direct injury from a threat and will include casualties caused by indirect effects, crash, or hard landings. The injuries and resulting casualties are consolidated and analyzed, along with relevant combat data or other data, to identify trends and help determine any mitigation options. Recent analysis or testing affecting crew survivability on rotorcraft and the ongoing Joint Aircraft Survivability Program (JASP) Crew and Passenger Survivability study is being monitored for useful information.

Laser Threat Analysis – The LFT&E team is leveraging any relevant analyses or assessments of the CRH (or comparable platforms) to evaluate the effects of low-power laser threats against the aircraft’s sensors. The role of each sensor is being evaluated through Failure Modes Effects and Criticality Analysis or Damage Mode and Effects Analysis and mission essential equipment list. The analysis will include a description of the susceptibilities and vulnerabilities of the sensors of the aircraft to laser threats.

Electromagnetic Pulse (EMP) and High-Power Microwave (HPM) Analyses – Per MIL-STD- 464C, the CRH shall comply with EMP/electromagnetic emissions/ electromagnetic interference requirements and shall be capable of operating from and near Navy surface ships. The LFT&E program is leveraging analyses or assessments of the CRH performed elsewhere in the program to evaluate the effects of EMP and HPM threats.

QUALIFICATION AND OTHER TESTING

Early component qualification testing on the program includes the complex testing of the newly designed fuel cell, an HH-60W-unique component (see fuel test stand setup shown in Figure 1). Qualification test activities include those detailed in MIL-DTL-27422D and MIL-STD-810G. The Phase I test series provides a foundation for Phase II and LFT&E test activities planned for late 2017 through 2018. This challenging test series will ensure the fuel cell materials and design are robust enough to withstand the combat environment in which the HH-60W is designed to operate. The LFT&E program is leveraging the qualification test activities as a foundation for the LFT&E testing of this mission-critical component. 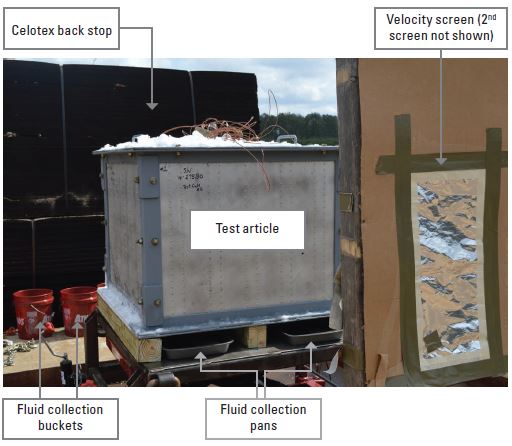 Other focuses of LFT&E testing include ballistic characterization of the cockpit seats, cabin and cockpit armor, refueling lines, and any other vulnerability or susceptibility reduction features on the aircraft. Items of interest in the occupant casualty assessment include the primary aircrew seats, rescue team seats, isolated personnel litter system, and emergency egress systems on the aircraft. The LFT&E team actively monitors all program risks that may potentially impact the timeliness of the LFT&E efforts, or design trades that may have an impact on system-level or occupant survivability, and reports concerns to CRH leadership. The status of LFT&E efforts is presented by the LFT&E lead at the program’s quarterly Program Management Reviews. All developmental test, LFT, M&S, and analysis results will be incorporated into a final LFT&E consolidated report submitted to DOT&E LFT&E.

Ms. Samantha Block is the CRH LFT&E team lead for the AFLCMC/WIHT Helicopter Program Office. She is a graduate of Michigan Technological University and was commissioned through the Air Force Reserve Officers’ Training Corps (ROTC) program. She was formerly an active duty contracting officer before becoming a civilian Program Manager. 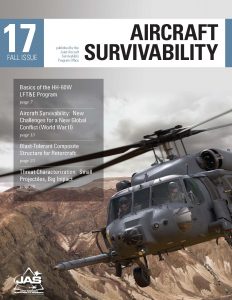