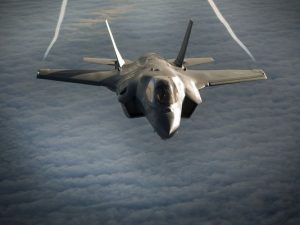 The Joint Strike Fighter is picking up steam as countries like Denmark sign up to the program. But predictions of what one analyst described as “massive carnage” for alternative fighters appear far less likely, with politics as well as the hefty price tag among the key factors driving some potential customers elsewhere.

Denmark’s decision to order 27 F-35s means it will join other likely customers of Japan, Italy, Australia, the Netherlands, Norway, South Korea, Turkey, Israel and the UK. Denmark was always a probable F-35 customer given its role in the development program, but one expert said a key factor was Copenhagen’s experience with F-16 cooperation in Northern Europe through the European Participating Air Forces (EPAF) arrangement, which grouped Norway, Belgium, the Netherlands, Denmark and, later, Portugal.